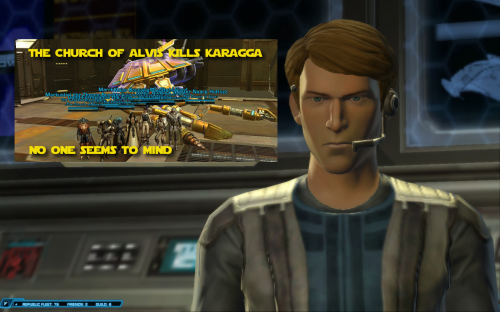 KARAGGA’S PALACE, Nal Hutta (AP)- Noted crime lord and infamous hat collector Karagga the Unyielding is dead. The killing blow was at the hands of eight drunken members of the Church of Alvis.  Under the leadership of Major Jounville Blackferne, seen here stealing a taxi on Nar Shaddaa, the Alvians exacted a precision raid against the fat Hutt. 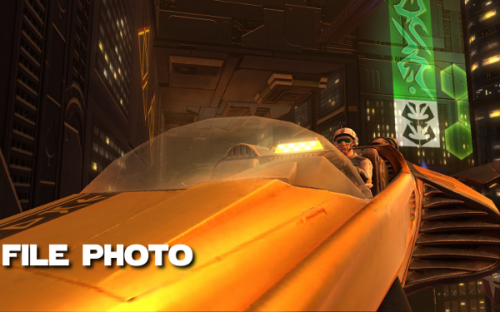 The operation occurred in Karagga’s palace and there were many civilian deaths. Major Cuspar said, “It was a bad night to be a janitor in this hell hole. My quote won’t be used will it? It just seems kind of insensitive.”

The raid consisted of Jounville, Cuspar, Dodd, Marrkin, Dashl, Bulwark, MarkusTiel, and Naarp. The operation almost wasn’t a success due to a stubborn  G4-BC Heavy Fabricator droid who vexed the raid until a focused effort brought him down.

“I hate that droid. I hate all droids.” Bulwark said. “Watching him fall down was the highlight of my week. To be fair it has been a rather boring week at work.”

The future looks bright for the Alvian Crusaders as they hope to polish off longtime foe Soa and his pesky assistant “Gravity” in the near future.