Recently Bioware released a large chunk of information about the crafting system in ToR, how it’s going to work, what the limitations are and what SOME of the available professions are going to be. Note the important use of the term SOME, because as with most things during this stage of development Bioware has elected to not reveal everything, leaving the rest to our imaginations. And that’s where I come in, I’m here to do your thinking for you! Or at least do some speculating on what the currently unknown Crew Skills are going to be. If you go by the Game Systems page there are currently 1 Gathering, 3 Crafting and 2 Mission options still unknown. I think there is some information that can be gleaned from the descriptions written on the Game Systems page to help fuel my speculations, along with several conclusions I have come to that have just as much reason to be right as they do wrong. So without further adieu, Furiel’s crafting predictions sure to go wrong!!

For Gathering we have 3 known types, Bio-Analysis, Slicing and Scavenging, and when thinking about the commonalities of the three I realized something, they are all things that can be actively done as well as being done through the companion mission system. In the crafting video they demonstrate times where a player actively scavenges a droid corpse and they also show when another character orders their companion to perform Bio-Analysis on a dead creature. We have seen in some media times where we believe that a character was slicing, or what appeared to be an interactive terminal in a flashpoint that the speculation is that it could be sliced. Assuming that is correct, then all 3 known gathering skills are capable of being done in the open world, so the logical extension would be that the fourth gathering skill must be possible in the open world as well as the regular interface. So with that limiting factor in place I came up with the following: 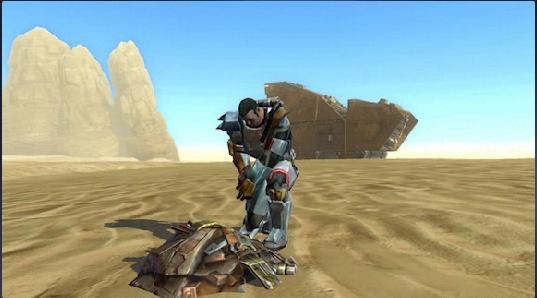 Gathering can be more than just materials.

Based upon the line “The resources and information you gather…” we already know how we are gathering resources, but how do we gather information? Slicing is assumedly one way, but I imagine this would be a different way to acquire schematics and also some other crafting related items through social interactions. Perhaps you send a smooth talking companion out on his own,  or when you are out in the world, you go to a cantina or other gathering point where you would have a chance to encounter a “contact” that you could then interact with and obtain one of these items. I see the items received being something like single use items or buffs that will increase the success (or critical success) chance of either a crafting activity or mission. Say you receive “a dirty little secret”, you could then use that to enhance the success of your next Diplomacy mission by 5%. Or maybe you get “a hot tip” that gives you a 5% increase on your next Treasure Hunting mission. For crafting items you could get “an experimental polymer” that would increase your next armor creation, etc etc etc until you go through all of the different mission and crafting skills.

This would have the side benefit of encouraging more player interactions and socialization as people with Information Gathering would be hitting NPC gathering points to try to gather info they would then encounter each other as well and could theoretically interact with each other instead of just the NPCs.

This idea has some traction with the community on Darth Hater and it’s not a possibility I dismiss, however I think it’s highly unlikely. Bioware has said they don’t like the idea of nodes just sticking out of the ground, and if you look at this dissection on the Darth Hater site it shows a Scavenging mission that involves going to a cave for metals and synthetic goods so that is mounting evidence against a specific mining skill.

Currently we have 3 known crafting types currently, Armortech, Biotech and Artifacer, with three unknown skills. Unlike the gathering skills I think that the crafting ones are actually fairly obvious if you think about what is already available, how they are described and what is missing. 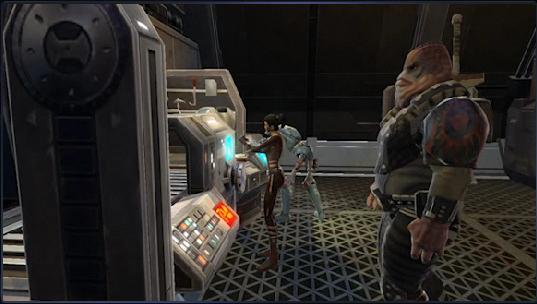 Crafting is where your specialization will really shine.

This one seems pretty obvious and I’m surprised it wasn’t listed at the start, but a craft skill to make weapons and weapon enhancements seems blindingly obvious to me.

This seems obvious to me as well. Vanity clothes are usually popular and things like Jedi robes, cloaks and other non-hard metal armor items have to come from somewhere. And while yes, there is already an Armor profession, note the use of the terms hard metal and shielding in the Armortech description, I believe that this specification will mean there is a delineation between hard and soft armor types with the Tailor doing the soft types.

Originally I thought that this might be only a droid engineering profession, but after further review, analysis and feedback I believe a more general engineering profession is more applicable. This profession would be kind of a catch-all profession that would make many different types of minor items. Some major things I would expect to fall under the Engineer would be starship customization items, droid repair kits, item repair kits and possibly droid enhancement kits. Droids aren’t just the cool phones some of us have, they are also an integral part of the Star Wars universe. However it doesn’t make sense that I could inject bacta or force heal them, so having droid repair kits that would function just like a stimpack for players makes perfect sense, especially considering that mechanic existed in the original KOTOR games. This was the original thought that drove my first idea of having a droid engineer profession on it’s own, however realizing the limitations of that title in combination with the other areas like starship customization that didn’t have a home yet led me to expanding this profession to encompass all that it does now.

From the description given to the missions on the Game Systems page the missions sound almost like a subset of quests that you would undertake yourself if you weren’t so damn busy saving the galaxy so you’ll just have to send your companions instead. The descriptive text on the Game Systems page I think it pretty telling on it’s own for this and I drew pretty much all of my inspiration from there for the two unknown mission types. 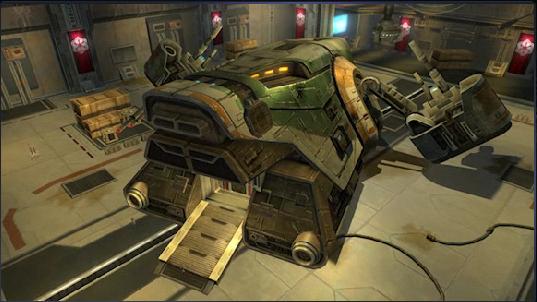 Missions will allow you to extend your characters influence.

Smuggling is a core concept within the Star Wars universe. Unfortunately the script requirements of video games makes it difficult to implement for players to partake in the more subtle versions of talking or bribing yourself past security. Having it implied because you sent out a smuggler-type companion to go do things like smuggle some sympathizers out of the opposition factions space or sneak some supplies into insurgents would be very cool and could be a good way to farm DS or LS points.

I’m only speculating this based on the line under missions “You can choose from a variety of mission skills is your crew into conducting research?” and I figured it would be something where you would send a companion to a facility or location to work with a specific researcher to assist in them furthering their research. The results of that mission would then either be a prototype item or a new schematic for a given crafting skill.

With what Bioware has already revealed the crafting system in ToR is going to be very different than what we’ve seen in a lot of the other MMOs out there. Grinding will be impossible due to the timings on crafting activities, and self-sufficiency will be difficult to impossible as well due to the 1 crafting skill per character and 6 crafting types, so unless you want to duplicate at least 2 classes you will never be able to cover all skills on your own. And that’s probably a good thing.