In the time I’ve been messing around in beta I’ve realized that what you are ordered to do does not always correspond with what side of the force you are trying to build. This presents players with some interesting choices in character development. If you are a by the book Republic Trooper who follows orders from your command like they are the word of God, you will at times come across issues that put you on different sides of the morality divide. 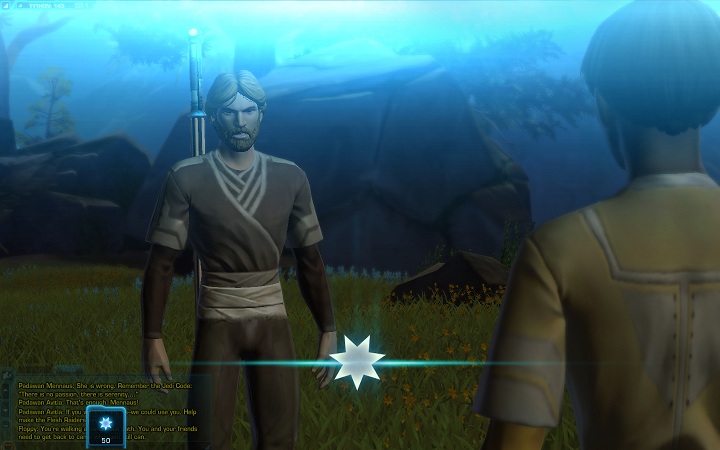 Sometimes you will do good.

For example let’s say that your commanding officer tells you to blow up this building, and there is solid evidence that a weapons cache is there that cannot be removed because of time limitations. You head out to blow up the cache only to find out there are a few human shields. The obvious light side choice is save the human shields. The standing orders is to destroy the weapon cache in a timely manner. Your character will have to decide which approach best suits their motivation. Do they care about doing good or bad, or care about the power of the Republic or Empire. Smugglers and Bounty Hunters have an additional wrinkle to this with their loose affiliation with the governing bodies. Your interests, your employer’s interests and your morality can create interesting priority hierarchies for you to sort out to figure out what you need to do.

Another wrinkle to this decision tree is balancing out what to do versus what your companion might think. If you know as a Bounty Hunter Mako doesn’t like you acting a certain way the decision landscape gets even more complicated. Do you keep acting bad and just plan to buy her affection after the fact? That is done at the expense of other things you could spend time or credits on. 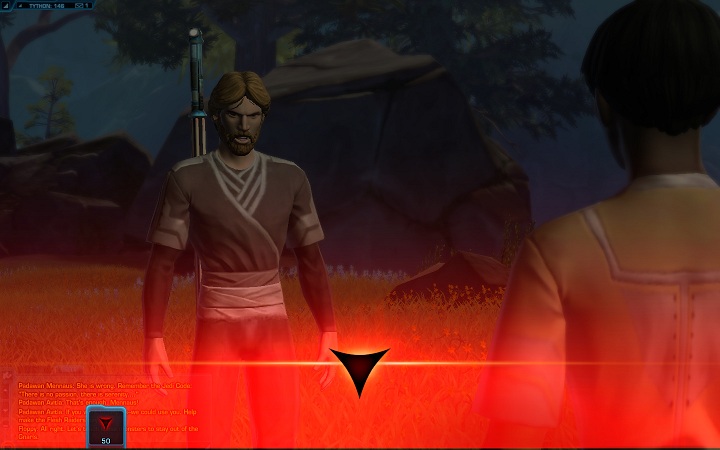 And sometimes you will not.

I want to applaud Bioware’s writing team for creating these problems in a way where you can agonize over what to do for more than a few seconds, and give the decisions you make have impact on things that happen down the road. It really creates an immersive world, and makes players feel more attached to their character’s development than any MMO I can think of to date.