At Comic-Con the following exchange took place during a Q&A:

jorussher asks: Will our characters be able to have surnames?

James Ohlen: No answer at this time.

This comes from this thread.

I personally believe Bioware should allow players to have Surnames. I hope to make the convincing case here.

Bioware has bet on and doubled down about their intent on making story matter. They have bolstered this with voiced acting to all quests, drawing us away from skip reading go find my rats to kill. They have released three cinematic trailers tracing a major character over significant parts of his life. Clearly they care about story and immersion.

They have also wanted to make your story feel epic and like it belongs in the Star Wars universe. They have made eight class quests guiding you from level one to level fifty providing plot elements and twists along the way. They have promoted this with eight class trailers.

With all this focus on creating an epic Star Wars story, they need to touch on one of the simplest tools at their disposal, the creation of a Star Wars name.

When you ask people to name who the characters are in Star Wars some of the names that come to mind quickly are Luke Skywalker, Anakin Skywalker, Princess Leia Organa, Han Solo, Obi Wan Kenobi, Lando Calrissian, and Boba Fett. Something you will notice is each and every one of them has a Surname. While I will quickly concede that there are those without surnames such as Chewbacca, Wicket, Yoda, Palpatine, R2D2, C3PO, or Jabba the Hutt, it should be noted that most characters have family names, and those surnames can be very important for their stories.

The main story of the original trilogy follows the rise of Luke Skywalker on his journey to become a Jedi Knight like his father before him. He also learns about his relationship to Leia. Family clearly matters. 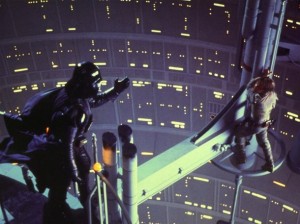 In the prequels family matter again with Anakin dealing with the loss of his mother Shimi Skywalker. Also he has to deal with his secret marriage to Padme. In addition we see a subplot where Jango Fett has a clone made to be his son, and we see young Boba dealing with the loss of his father to the Jedi forging his path in the future. In the novella Boba Fett: A Practical Man you see this loss really does a mental number on Boba Fett.

So clearly in Star Wars, families matter. They matter a great deal. So Bioware in wanting to create an epic story for players that meets the Star Wars ought to allow players to have that tool to expand and develop their characters. Family dynamics can allow for some really fun role play opportunities. For example in SWG players were allowed to have surnames and I chose to make an alt who was my main’s father. Jounville Blackferne was young, charismatic, and generally optimistic. Arillius Blackferne by contrast was old, balding, had wrinkles, and was generally grizzled.

Not all players will take the surname option. Arrican and Furiel both were single named players who were fine with that. Others just used the last name for a little flair but nothing else.

I hope Bioware makes the smart decision and allows players to have a surname as part of character creation. It fits the lore, it helps make the stories players create better, and can be a lot of fun all around.