One of the most compelling draws to the Star Wars Saga, and by extension the many novels and games made because of it, is the way the Universe has so many small touches. For pretty much any character you’ve seen in the movies, books, comics, or video games, their life has been flushed out and documented at Wookieepedia. One of the challenges that the Bioware team has had since announcing the title, has been finding ways to breath life into their extension of the Star Wars Galaxy by using a similar sense of depth in their game worlds. This post is a tip of my hat to probably an oft overlooked aspect of that process, the music and social scenery.

The Bands We Love 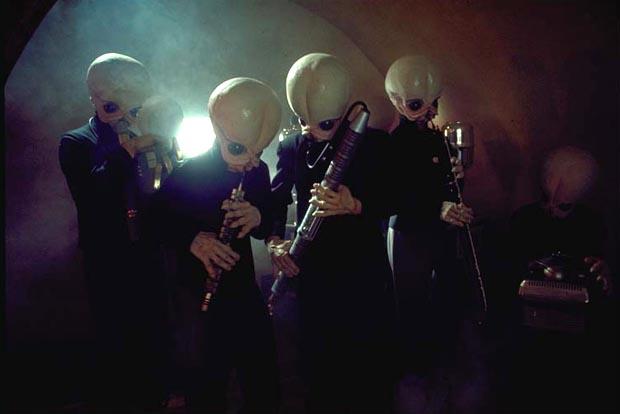 or the lovable Max Rebo Band at Jabba’s Palace 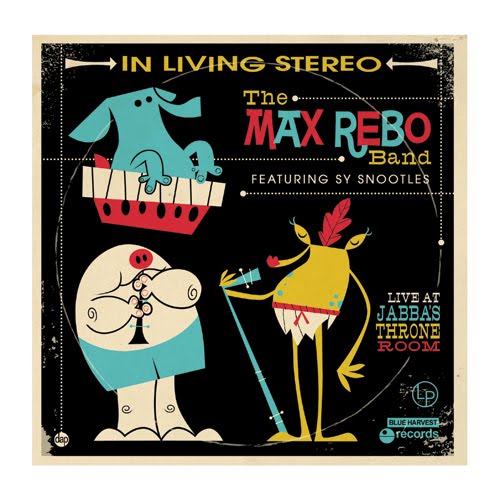 Artwork originally appeared here. Honestly of all Fan Arts I wish this was a real product.

The thing these two bands did besides provide us with amazing ear candy, was help establish that there were many stories beyond Luke, Leia and Han going on in the galaxy we all love. It provided a cool Jazz like vibe to the contemporary arts of the universe. That in and of it self in a subtle way built a depth to the universe. Everyone had their own gigs to worry about and Luke’s problems weren’t necessarily Max Rebo’s.

Bioware is Trying to Tap Into that Same Vibe

Whatever planet you go to, there is a cantina. Some are big and fancy like my favorite The Dealer’s Den on Coruscant, or small and intimate like the on on Ilum. But in many of them you see live performers.

But the visual isn’t the only trick they are using. They also have put a lot of effort to make those jukeboxes littered through out the galaxy play songs that evoke the sounds from the Original Trilogy. For example the sound of “Run Kessel Run” from SWTOR is an awful lot like the original Cantina Song we see in a New Hope.

And “Do The Holos Show Up on the Bill” reminds me a lot of Jedi Rocks performed by Max Rebo’s Band.

So next time you are strolling through a Cantina take a stop and listen to the sounds around you and appreciate the hard work that goes into making the world be more than pixels and DPS formulas.

And if Bioware is looking for additional social items for players, let my smuggler pick up a Kloo Horn, Slitherhorn, or a Fanfar to jam out with at the Cantina. Every smuggler needs a back up plan for retirement after all.